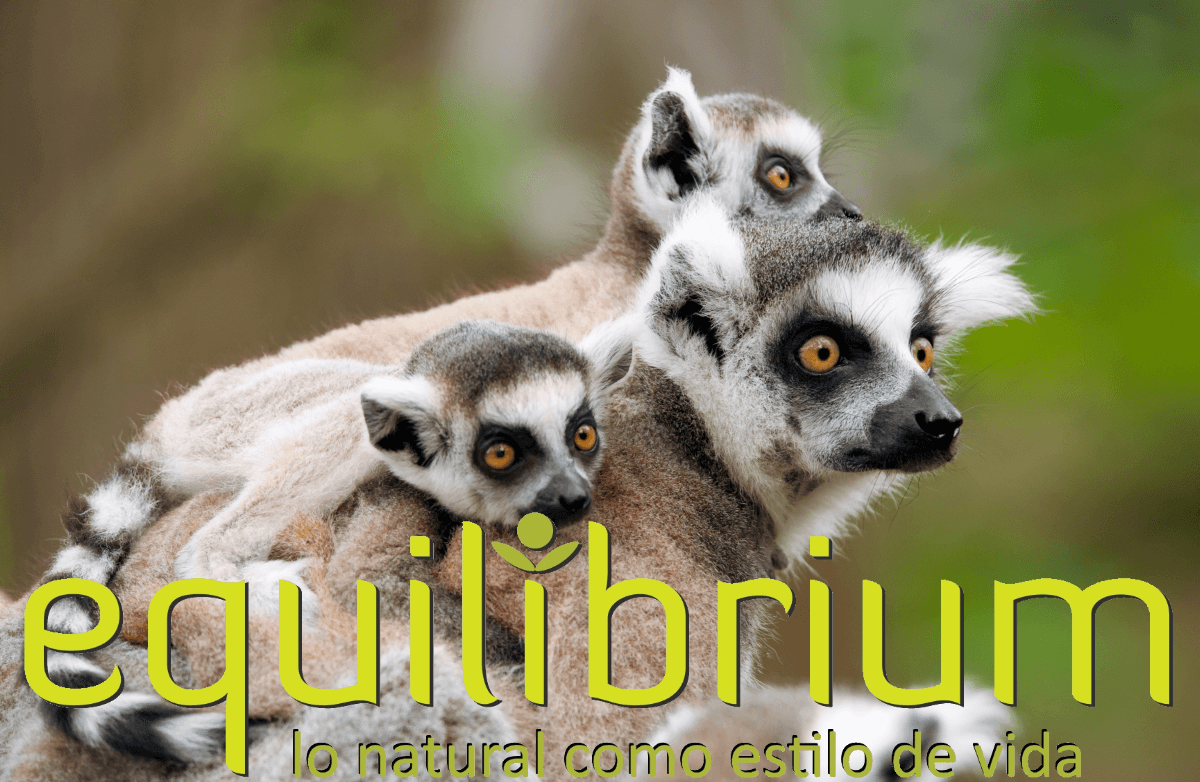 Perhaps most recognized now by children's movies, the lemur is as old as the orangutans. In fact, it is a primate and hardly anyone knows it.

Native to Madagascar, Africa. Lemurs are primates, since like monkeys and humans, they share many common traits.

Of them the most outstanding are his five fingers with an opposite thumb, which allows him to maneuver tools such as utensils.

Lemurs are a very large family, almost 100 species; in which one came into existence thousands of years ago as great as the gorilla. Among these multicolored species, we can find some of just a few grams in weight, up to some of about 9 kilograms.

However, the species of lemurs are not exclusive to the Island of Madagascar, and they are so diverse that there is even a Flying Lemur from the Philippines, which does not actually fly, but has a membrane that joins the legs and tail, allowing it to glide between the crowns of neighboring trees, as well as some species of squirrels.

Their origins are common to primates, and they are equally sociable; fundamentally communicating through sounds and smells. While some mark their territories with urine, others do so by means of their feces, and in the case of adult specimens by means of the sweat of their scent glands, which they can use as a deterrent in fights against others. males by territory.

They are one of the loudest mammals on the face of the earth.

Their howls can be heard many kilometers away, especially at night, since they are nocturnal. They mainly eat plants and fruits but include insects in their diet.

They are currently in danger of extinction due to the loss of their habitat and the hunting of which they are subject. Other factors that affect the decline of its population are the agriculture and aquaculture, annual and perennial non-timber crops, energy production and quarry mining, logging and harvesting of wood, the urbanization of their ecosystems and forest fires.

That is why the International Union for Conservation of Nature has included it in its red list.

Among the dozens of lemur species, the Giant Sloth Lemur is already counted as extinct, 25 species are endangered, and more than 50 have been declared vulnerable.

Do you want to know more about them? We invite you to visit the page of the Duke University, one of the most recognized centers for its study and preservation of this species.

The only way to protect species like this is the creation of national parks that serve as a refuge for threatened species.